Equality important for people who are Deaf and hard of hearing Celebrating International Week of the Deaf People Sept. 20 to 26

When Barb Downey went on a cruise for people who are Deaf, she was surrounded by 4,000 people who communicated in sign languages from around the world. While there were interpreters on board, Downey said each person figured out a way to communicate with one another.

And it is that lesson that Downey, a Facilitator of Community Services at DeafBlind Ontario Services, wants people to understand during International Week of the Deaf People (IWDP), Sept. 20 to 26.

Communication, she said, is key and people who are Deaf want – and deserve – equity in every aspect of day-to-day living.

DeafBlind Ontario Services provides an array of services to people who are Deaf, hard of hearing, non-verbal and deafblind that are customized to individuals’ unique needs, methods of communication, and goals to enrich their lives.

“My goal has always been to see equity for everyone,” said Downey through an interpreter. “Everybody should be able to communicate.”

Downey was born Deaf to hearing parents and grew up in Downeyville – a community named after her family. She has an older sister who is Deaf and a younger sister who has hearing.

“When I was young, I wanted to be a police officer, but was told I couldn’t do that. When I was in high school, it was a similar narrative, we were told we couldn’t do a lot of things.”

Fast forward to about 10 years ago and with technology, things have opened up for people who are Deaf, Downey said. Things that weren’t possible for Downey when she was young are now possible for kids who are Deaf today.

Today, Downey is one of four Deaf and hard of hearing employees and one of three employees that use American Sign Language (ASL) at DeafBlind Ontario Services.

Downey has had a number of roles during her time with DeafBlind Ontario Services – she particularly enjoys teaching people the organization supports to become their own advocates.

“I encourage them to be independent and advocate for their rights.”

In 2019, the Accessible Canada Act, which removes barriers for people with disabilities, received royal ascent, meaning it officially became an act in Canada. The act acknowledges ASL, Langue des signes québéquoise (LSQ) and Indigenous sign languages as the primary languages for communication by people who are Deaf in Canada.

During IWDP, Downey encourages people to learn more about people who are Deaf and Deaf culture – people who use a sign language and appreciate their history, literature and culture.

This is important, Downey said, so Deaf people have equity with their hearing counterparts. “We are the same as each other except our ability to hear. We expect and demand equality.”

Downey said she struggled with her Deaf identity until she was in her 20s when she became involved in the Deaf culture.

“As a Deaf woman, I feel proud of what I have…a beautiful visual language.” 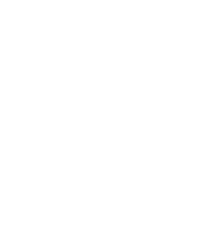